Congratulations on NYU Divest’s victory! As a result of their advocacy and organizing, NYU’s University Senate voted to cease investments in fossil fuels. NYU Divest will now be taking their proposal to the Board of Trustees in June: let’s all send our best vibes and support them so they can push through with a final win!

Unfortunately, we were met with resistance by someone who felt the need to let IEC organizers know that our signs were “too radical” and our message was detracting from the Divest campaign.

This Rude White Boy (RWB) was NOT a Divest member and this is in no way to detract from their awesome win, but we at IEC feel it’s about time to get some facts and analysis straight so our vision for intersectional justice continues to be out there.

So to all the RWBs out there: this is not “too radical” or a “distraction” from fossil fuel divest:

A. Climate and the environment has everything to do with race and class. Under-resourced communities and historically oppressed communities are most likely to be directly impacted by climate injustice. This makes sense, no? If you live in a community that bears the brunt of unequally distributed resources, you will be more vulnerable to air pollution, pesticide poisoning, water contamination, food deserts, unequal enforcement of environmental laws, etcetera etcetera etcetera– and alllll the health issues that come with these problems. This means people of color and poor people of all colors, working class communities, immigrant communities are, once again, forced to bear the burden of everyone else’s privilege. The point is: ANY privilege you have is yours at the expense of other people’s humanity and self-determination. Our systems are so fucked up that everything we have depends on a lack of privilege and power elsewhere. We need you RWBs to understand this, so keep reading.

Example 1: The South Bronx’s asthma rate is tied to air pollution (also, Google the history of highway construction in the Bronx, please, and imagine the kind of uproar privileged people would raise if something similar was planned for some place like Tribeca).

Example 2: Disgusting violence experienced by poor people and people of color in the aftermath of Hurricane Katrina, And the fact that under-resourced communities suffer most from storms like Katrina and Sandy.

B. Climate and the environment has everything to do with imperialism and colonialism. Injustice isn’t bound by national borders: any privilege we have as people living in the United States depends on injustices we carry out elsewhere in the world. At IEC, we acknowledge that we live inside the Empire of the United States, which punishes the rest of the world, particularly the Global South and recently ‘developed’ nations, with the same logic that the state uses to incarcerate millions of its own people. The US military causes environmental destruction everywhere it goes, AND the whole POINT of imperialism and colonialism is to extract resources from the “colonies” for use within the Empire. The US is the country of endless, ceaseless war, and environmental catastrophe always follows militarism. Not to mention, most of the top private companies in the world are fossil fuel companies, and they are also companies located in imperial states in Western Europe, the US, and Russia, AND the US spends tens to hundreds of billions of dollars every year in military expenditures to defend overseas oil interests.

Example 1: Alaska. The US bought Alaska from Russia in 1867 for $7.2 million. Both imperial powers have decimated the indigenous population. The Trans-Alaska Pipeline can transport and pump up to 2.1 million barrels of crude oil per day, more than any other crude oil pipeline in the United States.

Example 2: The US empire is expanding NOW, particularly in the Middle East and in the Asia Pacific. There are too / many / examples / of / environmental / destruction

C. This is also an anti-capitalist issue, thereby making it even more fraught with racism and imperialism. In addition to being backed by a military state, the fossil fuel industry is a pinnacle of capitalism, a system that originated with resource extraction from colonized countries. Even RWBs know about capitalism, right? We don’t have to go into a long explanation of this, right? To make it short: capitalism is an economic model that depends on perpetual growth, i.e. perpetual extraction, fracking, burning, using; it is in no way a sustainable model, and it has no room in its internal logic for accountability to people (except corporations, which are now, apparently, “people”). Capitalism is BEST FRIENDS with white supremacy and colonialism. We don’t need to say more, right?

Example 1: The BP Gulf Oil spill decimated the livelihoods of a historically black community of oystermen in Pointe A La Hache. The community has historical roots in sharecropping, and is the perfect example of the systems of race, capitalism, and fossil fuel extraction coming together to commit violence against oppressed people.

Example 2: Communities in the South Bronx are struggling RIGHT NOW against corporations like Fresh Direct to stop further pollution to build a more environmentally just community.

D. POC, poor people, indigenous people, and the global south have been leading movements for climate justice. While RWBs be runnin around at Whole Foods, directly impacted people have been putting their lives down for this work. People with an investment in maintaining their power have historically never let go of that power unless made to do so by people demanding accountability for extraction and abuse. Movements for social change owe their foundations to these people.

Example 2: Fossil Fuel Divest started as a solidarity movement with frontline coal mining communities in Appalachia (thank you to NYU Divest for this example!) 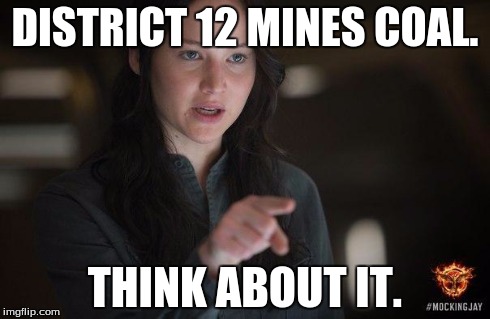 E. We, as people living within the United States, have a deep responsibility to hold our institutions accountable. We can do this in solidarity with those most deeply impacted by the climate crisis and imperialism, or we can perpetuate violence by not even acknowledging it. We’re talking about development justice. Watch the video. It’s excellent.

We’re going to stop this here even though we could go on. For days. For months. We could construct whole courses, campaigns, movements, around each of these points.

Congrats to Divest again on taking a step towards achieving some measure of accountability.

To the RWBs–this is hard enough without y’all running around making IEC womyn frustrated with your ignorance. Stop it please.

Let us know if you want to talk some more at incarceration2education@gmail.com. Or Facebook or Twitter or something.

Last but not least: this is our official support statement for NYUDivest:

We see the climate crisis as intrinsically tied to colonialism, racism, and capitalism. These systems work in tandem to oppress people of color by taking resources from poor and non-European communities to fuel power and privilege. We must divest for those who grow up in food deserts and asthma-ridden neighborhoods like the South Bronx; for the communities of color acutely devastated by Hurricanes Katrina and Sandy; for farmers repeatedly devastated by typhoons in the Philippines; for those fighting for development justice and alternatives to coal power in places like South Africa; for the indigenous communities laying down their lives to fight the Keystone XL Pipeline. This is a global human rights issue that affects historically oppressed communities everywhere. IEC is accountable to such communities, and one of the most effective ways to stop the accumulation of resources is to divest.

fossil fuel industry and to cut ties with corporations that finance the climate crisis and perpetuate imperial power. We believe that NYU and other institutions of higher education have a social and moral responsibility to prioritize the futures of their students and their communities. We also believe that because of the privilege that we have in the United States, we are accountable to the “developing” world and to indigenous people to stop extracting resources for profit. We call on NYU to not remain complicit in this environmental injustice and to uphold human rights, whether they be the right to access education or live in affirming, uncontaminated environments.